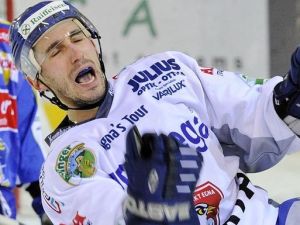 9 Hockey Management client Steve Pelletier has re-signed for Neumarkt Egna after a year away from the club.

Pelletier who originally joined the ‘Wild Goose’ in 2009, returns to the Wurth Arena following a season with local rivals SV Kaltern.

The French Canadian finished second in A2 scoring, despite being a defencemen, with 30 goals and 43 assists in 42 games.

Prior to heading to Italy, Pelletier has played for the Nottingham Panthers in the British Elite League and Strasbourg in the French Ligue Magnus.