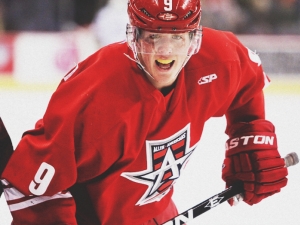 9 Hockey Management client Brian McMillin has signed for the Coventry Blaze of the British Elite League for 2013/14.

McMillin joins from the Central Hockey League’s Allen Americans where he has just won the Ray Miron Presidents’ Cup.

Brian is a graduate of Colorado College of NCAA Division 1.