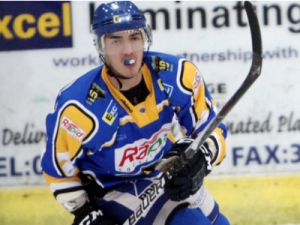 9 Hockey Management client Cale Tanaka has signed for the Coventry Blaze of the British Elite League for 2013/14.

Tanaka, a graduate of the University of Alabama-Huntsville, enters his third season in Europe having also played for the Montpellier Vipers in the French Division 1.