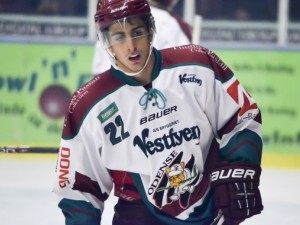 9 Hockey Management client Maxime Moisand has signed for HK Astana of the Kazak League for the 2013/14 season.

The French International defenceman joins Astana from the Odense Bulldogs of the Danish AL Banken Ligaen.

Prior to joining Odense, Maxime had played three season’s with his hometown Grenoble.